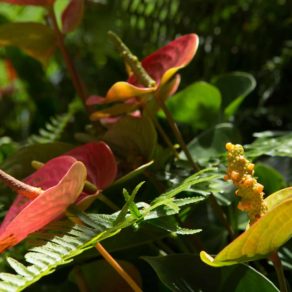 Home Front judging and Flower Show weekend have been CANCELLED

April is Flower Show month in Coronado, our town’s yearly celebration that started in 1922. Unfortunately, due to COVID-19, Home Front judging and Flower Show weekend have been cancelled.

This year is the first year since WWII that the Flower Show is not being held, but it doesn’t mean we can’t celebrate the season. The theme of this year’s show is 2020 Vision. Coronado Floral Association wants to see your 2020 Vision. Send us pictures of your beautiful homefronts, a spectacular rose, or your floral design. Don’t forget Men’s Creations, or a Table Arrangement. The Youth Section is one of the favorite sections of the show, so we want to see what the kids are doing, too, whether it’s a growing plant, seed plate or Zoos Who creation.

With 2020 Vision, let us rally as a community while sheltering in place. Keeping the Flower Show tradition alive, using the beauty of nature to inspire us, now and into the future.

In this time of uncertainty regarding COVID-19, and following the direction of the Centers for Disease Control (CDC) and California Department of Public Health limiting large gatherings of people for the next 8 weeks, Coronado Floral Association announces that Home Front Judging, Coronado Flower Show 2020 and the Spring Fling party in April are CANCELLED. The health and well-being of the public is paramount. Canceling this year’s events is the responsible decision for all concerned. 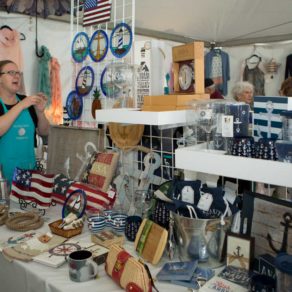 In addition to the horticultural and design exhibits at the Coronado Flower Show, you’ll find a host of vendors selling wares that speak to the passions of every green thumb. Among them are:

Ausachica Nursery Robin Rushmore, owner of Ausachica Nursery, offers distinctive plants from Australia, South Africa, Chile and the Mediterranean – all of which she finds will thrive in southern California. She chooses Mediterranean-climate plants for their ease of maintenance, drought & heat tolerance and wildlife attraction.

Susan Aach Ceramics Susan Aach grew up in Hawaii but now lives in San Diego. She started creating ceramic planters to combine both her love of clay and affection for plants, especially the succulents and cacti growing in the garden next to her studio. Being an avid scuba diver and outrigger canoe paddler, she searches for sculptural specimens that mirror life under the sea. She honors these unusual plant creatures by creating distinct containers that are not only functional, but also complement their unique beauty.

Momma’s Pots Blaine Tiongson and Theresa Solis’s ine of hand-painted terracotta pots are filled with plants they propagate. At the Momma’s Pots booth, shoppers pick a pot, and the proprietors suggest a plant to fit the environment where it will live; then the shoppers top off their selection with mosses, gravels or rocks, and it’s all tied up with a Japanese-style fabric. Momma’s Pots also sells bath balms and soy-based candles.

Sand Dollars (and Sand Dollars Too) The popular gift shop at North Island Naval Air Station is a perennial Flower Show favorite with gift items that feature garden themes as well as items with a patriotic flare.

Plumeria Joe Retired fire captain Jody Rogers is a native San Diegan who grew up in Point Loma and has always enjoyed gardening. A few years ago when he trimmed his over-the-rooftop plumeria, he didn’t know what to do with all the cuttings. “So I started potting them up,” he said, using his own organic compost and visiting farmers markets. His plumerias are the celidine variety – “That’s the most fragrant variety, white with a yellow center, the ones the make Hawaiian leis out of,” he said. His booth will sell both his plumerias and his organic compost that I PH balanced, very fertile and filled with earthworms.

Hue By 2  MaryLynn and Ann Dominguez’s store in San Diego features handmade colorful and creative purses, many of which feature floral motifs.

Coronado Friends of the Library On Saturday only you can pick up used books on gardening in a special booth. Want to peruse more books? Just head next door for the full Library Book Fair.

Bowls by Mike & Me  Suzie Sterling

City Nursery  This “little bit of country in the city” is right in the heart of San Diego at 3110 Euclid. Here, on two acres of land, Farmer Bill Tall has been organically maintaining plants, bushes and trees since 1972. Part working farm, City Nursery also hosts classes ranging from growing your first vegetable garden, to canning and cooking, to beekeeping. And you’ll find plenty of pets and animals roaming the grounds as well.

Public service information booths will include: